How Long Does A DUI Affect Your Record In Florida? 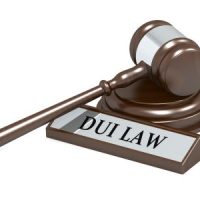 The bad news for Florida drivers is a DUI will remain on a convicted offender’s criminal record for up to 75 years, by administrative rule. It sticks for the rest of a person’s life, essentially. This may come as a shock to those who are visiting or moved from other states, where a DUI may only stay on a record for 10 years or less. For the 30,000 people arrested for DUI in Florida each year, this can be a life-altering problem.

A DUI conviction will linger and cause issues if, for example, the driver is ever charged with another DUI in the future. A second DUI within 5 years of the first can mean a mandatory 10 days in jail along with other penalties. Any additional DUI charges after one drunk driving conviction can also mean enhanced DUI penalties under Florida law.

In addition to jail time, a person convicted of DUI in Florida will often face:

Can a DUI Conviction be Sealed or Expunged in Florida?

Unlike some other states, Florida does not permit the sealing or expungement of DUI convictions. This means an arrest and conviction for drunk driving will remain on a person’s record indefinitely. Not only for criminal charging and sentencing purposes, but for everyday purposes as well. Conviction for DUI will show up on criminal background checks, meaning serious problems for people applying for jobs, loans, college admissions and financial aid.

The Importance of a Strong Legal Defense in DUI Cases

Even if you feel the odds are stacked against you, a conviction is not inevitable. Florida drivers often have a number of potential defenses available to them in DUI cases.

Some common defenses include:

The Orlando DUI Defense Attorneys at Joshi Law Firm, PA Can Help You Avoid the Lifelong Consequences of a DUI Conviction

If you have been arrested and charged with DUI in Florida, the ramifications can be serious and even follow a person for life. This is no time to take shortcuts or settle for less. The skilled and experienced Florida DUI defense team at Joshi Law, PA, can fully evaluate your case to determine the optimal legal approach. To learn more, call our Orlando criminal lawyers at Joshi Law Firm to discuss all options and legal strategies available to you in a Florida DUI Case.

By Joshi Law Firm, PA | Posted on July 25, 2022
« Why You Need A Lawyer For A Florida DUI Case
The U.S. Supreme Court Ruling In Vega And Its Impact For Floridians »

Serving Our Community with the highest integrity and honor

Skip footer and go back to main navigation