Defending Against Tourist-Related Offenses In The Orlando, Florida Area 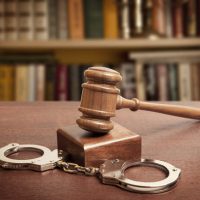 Orlando, with its year-round sunshine and world-renowned tourist attractions, attracts millions of visitors every year. It also remains a popular Spring Break destination for families and college students alike.

Unfortunately, a visit to Central Florida sometimes includes an arrest for an alleged criminal violation. Most commonly, these may include DUI, drug possession, assault, or disorderly conduct. A fun night out can turn into a nightmare quickly, as local law enforcement does not care where you are from or what your travel plans are.

Five of the more common offenses one can be charged with while visiting Florida include:

Battery in Florida means the defendant “actually and intentionally” touched the other person against their will. The statute doesn’t necessarily mean that the other person was injured or hurt in the common sense of the terms.

Either charge requires that prosecutors meet a particular burden of proof that can be challenged – sometimes quite easily – by a defendant and their attorney.

If you are visiting the area and are charged with any kind of criminal offense, there is no time to waste. A pending criminal charge can disrupt not only your vacation plans but your plans to get back home and return to work. These offenses can also carry penalties that include jail time, fines, and damage to your personal life. Our Orlando criminal attorneys at Joshi Law Firm, PA, can help you fight any number of potential charges and let you move on with your life. In many cases, we can arrange to waive your court appearances at pretrial matters (or arrange for you to appear via Zoom or other means), so the process is less disruptive for you and your family. Further, we will thoroughly review all facts involved and vigorously fight the prosecution’s case against you.

By Joshi Law Firm, PA | Posted on June 12, 2022
« Vehicular Manslaughter Charges In Florida: When A Tragic Accident Becomes A Legal Nightmare
Defending Against Shoplifting Charges In The Orlando, Florida Area: What You Need To Know »