Resisting Arrest In Florida: What To Know And How To Defend Against Charges 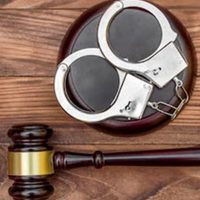 A run-in with the law can lead to any number of potential criminal charges in Florida. One charge that can sometimes accompany others is the crime of Resisting Arrest. When charged, Resisting Arrest is usually added on to some other charges, due to some type of act by the defendant during the course of their arrest. The most obvious examples would be running from or pushing a police officer, or driving away from a traffic stop. Other times, a Resisting Arrest can involve something more vague, or even surprising to the defendant when charged.

Under Florida’s Statutes covering Resisting Arrest, “whoever shall resist, obstruct, or oppose any officer” can face prosecution for their actions. Florida Statutes Sec. 843.01 states that “knowingly and willfully” resisting an officer with any form of violence can be prosecuted as a Third Degree Felony. Florida Statutes. Sec. 843.02 states that resisting arrest “without offering or doing violence to the person of the officer” is a First Degree Misdemeanor.

The list of those defined as “officers” for the purposes of a resisting charge is covered within Florida Statutes. Sec. 943.10, and includes correctional officers, probation officers, process servers, and other support personnel within the criminal justice system.

Legal Standards to Prove Resisting an Officer in Florida

To prove the crime of Resisting an Officer With Violence, prosecutors must show beyond a reasonable doubt that the defendant:

For the act of Resisting Without Violence, these standards are the same except that prosecutors need only show that the defendant resisted, obstructed, or opposed the officer. No act of violence needs to be proven.

Potential Defenses to a Resisting Arrest Charge in Florida

One common defense in these cases is that the alleged victim was not acting within the scope of their job and carrying out a legally-authorized duty. If the officer was working off-duty as security at a nightclub, for instance, they were executing an arrest while attempting to break up an altercation. There may be some other potential charges, but Resisting an Officer would not be one of them.

Another potential defense would be that the defendant did not “knowingly and willfully” resist or obstruct, or did not know they were opposing or resisting an officer. The defendant might have taken some type of action during the course of an arrest or interview that was perceived as obstruction, but the defendant lacked intent to deceive or resist.

Self defense is another frequently used defense in these cases. This occurs when an officer uses excessive force, and the defendant was merely trying to protect themselves. Other times, this can occur when an officer unlawfully enters a person’s home or detains them without probable cause to do so. These arguments can be complex and will involve a person’s Constitutional rights.

A charge of Resisting an Officer in Florida carries serious consequences, and is usually added on to other charges you may be facing. To defend against the prosecutor’s claims, you will need the best defense available to review all facts and the prosecution’s evidence. Whether a person “resisted” or “obstructed” can sometimes be a judgment call based on an officer’s perception of what happened. The truth may be something different.

In some cases, when all facts come out, the result is a reduction or dismissal of this charge. No matter what, you will need skilled legal representation that is willing and able to confront the charge of Resisting Arrest head-on. Our Orlando criminal lawyers know what law enforcement and prosecutors will try to argue, and how they may attempt to portray your actions as resistance or obstruction. We will fight to make sure you get a fair outcome. Contact Joshi Law Firm for help today.

By Joshi Law Firm, PA | Posted on May 17, 2022
« What To Know About Murder Charges In Florida
Defending Against A Robbery Charge In Florida »

Serving Our Community with the highest integrity and honor

Skip footer and go back to main navigation