Defending Against A Robbery Charge In Florida 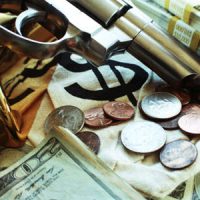 A robbery charge in Florida is one of the more serious criminal charges one can face. Robbery is classified as a violent crime that carries felony charges and up to 15 years in prison in some cases. As such, a defendant accused of robbery must take every possible measure to assert their rights in court.

What is Robbery, and How is it Different from Theft?

Theft involves an intentional taking of property, usually from a building, dwelling, or vehicle. Theft occurs whether the other person is present or not, or can occur while a homeowner or business owner is present but unaware of the criminal act. Theft often coincides with trespassing or breaking & entering, but is not a violent crime in and of itself.

Robbery is different. Florida’s Robbery Statute defines robbery as the intentional taking of money or property from another while using force, violence, assault, or putting a person in fear. (See Florida Statutes, Sec. 812.13). The classic example is a criminal holding someone up at gunpoint to steal their wallet or vehicle.

The use of force or fear is what elevates a stealing of property from theft to robbery. This also elevates the potential penalties from a short jail stint to several years in prison. Robbery without the use of weapons is generally charged as a Second Degree Felony in Florida.

If the perpetrator did use a firearm or other deadly weapon, they could then be looking at a First Degree Felony charge and up to a life term in prison. (Not to mention up to $10,000 in fines and other costs involved, plus years of probation.)

Other aggravating factors that can influence a charge and sentencing include:

Another common robbery charge is home-invasion robbery. Under Florida’s Home-Invasion Robbery Statute, this is defined as the entry into another person’s dwelling with the intent to commit robbery, and the actual commission of robbery. Even if the perpetrator does not carry a weapon, this is considered a First Degree Felony punishable by decades in prison.

What Prosecutors Must Prove in a Florida Robbery Case

Under Florida Statute Sec. 812.13 and Florida’s Standard Criminal Jury Instructions for the crime of robbery, the State must prove 4 distinct elements beyond a reasonable doubt:

In some cases, the evidence clearly demonstrates all four elements and leave little room for doubt. In others, however, the evidence may be less clear. Robbery involves crucial elements that can be subjective in nature. Namely, whether intent to steal existed, or whether the alleged victim was assaulted or felt fear of an imminent robbery. In a home-invasion case, there may be some basis for dispute as to whether the defendant entered wrongfully with the intent to steal, or was invited by the homeowner.

If you are faced with the charge of robbery, you need an experienced criminal defense attorney that is willing to work your case thoroughly instead of settling for an unfavorable plea deal. Our Orlando robbery attorneys can take the time to review all facts along with the prosecution’s evidence to present the strongest defense case available. Depending on the circumstances of your case, we may even be able to have your charges reduced or dismissed based on flaws in the prosecution’s evidence.   Contact Joshi Law Firm today for help.

By Joshi Law Firm, PA | Posted on May 24, 2022
« Resisting Arrest In Florida: What To Know And How To Defend Against Charges
Defending Against Child Abuse Allegations In Florida »