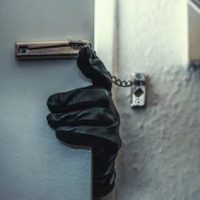 Criminal trespass in Florida is a crime in which an innocent mistake or misunderstanding can lead to criminal charges and legal headaches. Under Section 810.08 of the Florida Statutes, trespass occurs when someone who is not “authorized, licensed or invited” willfully enters or remains upon a “structure or conveyance”, or does not leave when asked to do so. This could also include returning to a property after being asked or warned not to do so. Entry on land that is enclosed and posted is also trespass under Florida law, whether or not the person is entering a structure or building.

At times a trespasser clearly has malicious intent and seeks to cause some kind of harm or damage. Other times, the alleged trespass may be due to a mistake, or scenario where the person thought they had (or did have) permission to enter.

Penalties for Trespass under Florida Law

Regardless of the cause behind the alleged trespass, conviction of this crime can have serious consequences. A simple trespass on private property can be a second degree misdemeanor, punishable by up to 60 days in jail and fines under Florida Statutes, Sec. 775.082. Trespass when there are other people present on the private property can escalate the charge to a first degree misdemeanor, and up to one year in jail.

Trespass with a firearm or dangerous weapon – or arming oneself while trespassing – involves a third degree felony charge.

In addition to jail time, fines, and court costs, a trespassing conviction can lead to other ramifications including issues applying for jobs or housing.

Defenses to a Trespassing Charge in Florida

When to Contact an Orlando-Area Criminal Trespass Defense Attorney

A criminal trespass charge may seem like a minor offense but can have fairly severe consequences including jail time and heavy fines. If charged, you will want an expert criminal defense attorney at your side. Our Orlando burglary & trespass attorneys at Joshi Law Firm, PA, will investigate all facts involved in the alleged incident and challenge the prosecution’s case.