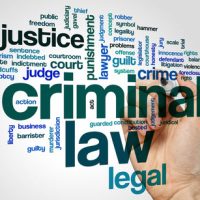 The Florida criminal justice system can be complex and confusing to those facing criminal charges. From start to finish, defendants face a maze of legal steps – and terminology – that can take some time to understand and use to their advantage.

Some of the more important terms to know in the Florida court system include:

Accused – Legally, this means when a person has been formally charged but not convicted of a crime.

Acquittal – A judgment of a court, based on the verdict of a jury or a judge, that the defendant is not guilty of a crime they have been charged with.

Appeal – A legal request that a higher court review a final judgment or order from the trial court. Typically, a successful appeal will hinge on a legal error made at trial, or evidence of juror misconduct or tampering.

Arraignment – This is the scheduled court appearance of a defendant, soon after their arrest, to enter a plea to the charge(s) made against them. At arraignment, defendants will typically enter a not guilty plea and have the opportunity to have court-appointed counsel named if they fall below certain income thresholds.

Bail & Bond – This refers to the money or property given to the court as security, in exchange for the defendant’s release from jail before and during trial. Release is granted through bond or bail under the condition that the defendant returns to court at the date and times requested. Bail is forfeited if they fail to report back for court as ordered.

Charge – In criminal law, a “charge” is the accusation of a crime through a formal complaint, information, or indictment. A criminal charge forms the basis for an arrest warrant and subsequent arraignment.

Complaint – The complaint is a formal written document submitted to the court by a law enforcement officer or prosecutor alleging that the defendant committed a named criminal offense, and requesting prosecution and criminal punishment.

Concurrent Sentences – When sentences for separate offenses are entered against a defendant, but ordered to be served simultaneously. For example, sentences for three distinct crimes, each with a 5-year sentence, will all be completed in 5 years total if served concurrently.

Consecutive Sentences – When sentences for separate offenses are entered against a defendant, and ordered to be served one after another. For example, sentences for three distinct crimes, each with a 5-year sentence, will all be completed in 15 years total if served consecutively.

Conviction – A judgment of a court, based on the verdict of a jury or a judge, that the defendant is guilty of a crime they have been charged with.

Defendant – The person charged with any particular offense, who is asked to answer for the accusations made against them. A criminal case can have one defendant or several, depending on the facts involved.

Deferred Prosecution – This is an agreement by the prosecutor to postpone and later dismiss the case against a defendant if they comply with certain conditions.

Exhibit – A document, physical object, digital display, or other evidence presented during a hearing or trial.

Extradition – The return of a defendant to another county or state for prosecution under existing charges in that judicial forum.

Guilty Plea – A plea by the defendant in which he or she admits the commission of an offense they are charged with.

Information – This is a formal written accusation presented to the court by the prosecution alleging that the named person committed a specified offense.

Jury – A panel of citizens from the community in which a trial is being conducted, formed to hear evidence presented and form a conclusion based on the legal instructions provided to them.

Plea – A defendant’s formal response to charges alleged against them in a complaint, indictment, or information.

Sentence – The penalty imposed upon a defendant following conviction. Sentencing typically involves its own hearing following a conviction of guilt for the defendant.

Speedy Trial – Criminal defendants have a Constitutional right to a speedy trial. Rule 3.191 of the Florida Rules of Criminal Procedure requires that a case be brought to trial within 175 days of arrest in felony cases, and 90 days from arrest in misdemeanor cases.

The Orlando Criminal Defense Attorneys at Joshi Law Firm, PA Can Help You Better Understand the Terminology in Your Case and the Best Legal Strategy

If you have been charged with any type of crime in the Orlando area, it is easy to be overwhelmed with the process and even the wording used as a case proceeds. The Florida criminal defense team at Joshi Law Firm, PA, will help you better understand your case and all legal options and strategies available. Call our Orlando criminal lawyers today for help.

By Joshi Law Firm, PA | Posted on September 12, 2022
« Understanding The Drug Court System In Florida
What To Know About Mitigating Factors In A Florida Criminal Case »