Is Interference With Child Custody A Crime In Florida? 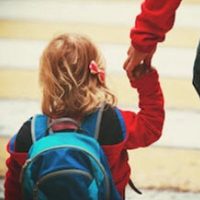 Child custody is one of the most emotionally charged areas of law, due to the stakes involved for parents and their children. Both parents are generally entitled to spend certain periods of time with their children following a divorce or breakup, and this usually follows a court-ordered schedule. It is all too common, however, for parents to bend the rules and violate provisions of a child custody order to get more time with their children. These issues are usually addressed within family law cases, which are not criminal in nature.

Some family law and custody problems can carry over and lead to criminal charges in certain situations, however. Under Florida law, it is a crime under Sec. 787.03, Florida Statutes to interfere with child custody. If a parent interferes with the other parent’s custodial rights, the offending parent can face criminal penalties for their actions.

Section 787.03 specifically states that if anyone without “lawful authority knowingly or recklessly takes or entices, or aids, abets, hires, or otherwise procures” a child or person under a guardianship from that person’s other parent or guardian, they commit the offense of interference with custody.

The crime of interference with custody is considered a third degree felony in Florida – meaning the offender can be subject to prison time and heavy fines pursuant to Florida Statutes Sec. 775.082. These are stiff consequences for something that can sometimes arise from a misunderstanding between parents or family members.

What does the prosecution need to show in a child custody interference case? This is an intent-based crime, meaning the state must show that the defendant “knowingly or recklessly” took a child from another’s custody either in violation of a court-ordered custody schedule or with malicious intent to take and conceal the child (if there is no court order).

Defenses to interference with child custody in Florida can include:

When Can a Person be Falsely Accused of Interfering with Custody?

Sadly, it is common for parents to use legal tactics to gain leverage over the other while a custody case is pending. (Or to change custody if the parent seeks a change.) Calls to police to report alleged disturbances and calls to Child Protective Services happen every day – whether the allegations are supported by facts or not. Sometimes, these allegations can escalate to the point where a referral for criminal charges under Section 787.03 happens.

The Orlando Criminal Defense Attorneys at Joshi Law Firm, PA Are Here to Help if You Have Been Charged with Interfering With Child Custody in the Orlando, Florida Area

If you or someone you know faces criminal charges due to a custody dispute, the allegations must be taken seriously and confronted head-on. The stakes can involve loss of custody in the family law case, and jail time in the criminal case. The Orlando criminal defense attorneys at Joshi Law Firm understand the urgency of the situation and the need to get your side of the story heard. For any questions about your case, our legal team is available at 407-661-1109. You may also complete our online case questionnaire to schedule a consultation as soon as possible.

By Joshi Law Firm, PA | Posted on September 6, 2022
« What To Know About The Appeals Process In Florida Criminal Cases
Understanding The Drug Court System In Florida »