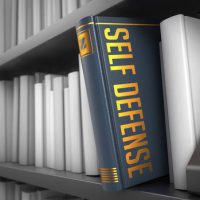 Under Florida Statutes Sec. 776.012 (also known as Florida’s “Stand Your Ground Law”), a person is justified in using force against another to the extent that they reasonably believe it necessary to defend themselves from another person’s imminent use of unlawful force. They do not have a duty to retreat under this law before using force in self-defense. As a general rule, the self-defense argument is available when the person used a proportionate amount of force to the force that was threatened toward them.

Under Florida Statutes Sec. 776.013, a person that is in a home or dwelling they have a right to be in has no duty to retreat and may use whatever force is necessary to defend themselves against an illegal use of force by another. For purposes of this law, any person entering a home who has no right to be there is presumed to be committing an illegal act and potentially threatening force against the resident.

When is It Legal to Use Deadly Force in Self-Defense?

Under Florida’s self-defense statutes, a person may use (or threaten to use) deadly force if they believe it is necessary to prevent imminent death or great bodily harm to themselves. In other words, they can legally do what is needed to protect their own lives. This is particularly true when it is in their own homes (such as a run-in with a burglar), but it also applies outside, in public, or while in their vehicles.

Some exceptions may include when a law enforcement officer is attempting to enter a home or vehicle as part of their official duties and they properly identified themselves, or when a person otherwise has a right to be in a person’s home or vehicle (such as a friend, relative, or employee). A defendant may also lose the self-defense argument if they were engaged in illegal activity themselves – for example, they were riding in a stolen car or were in a dwelling that they had no right to be in.

Criminal defendants must be able to convince a jury at trial that they had a reasonable fear of imminent harm (or great bodily harm or death in homicide cases). This can be subject to a jury’s interpretation and a skilled Florida defense attorney will make a compelling argument to jurors that a defendant’s violent act was in fact necessary to protect themselves.

The Orlando Criminal Defense Attorneys at Joshi Law Firm, PA Can Help You Make Your Self-Defense Argument if You Have Been Charged With any Violent Crime

Sometimes a person finds themselves charged with assault, battery, or even manslaughter when all they were doing was trying to defend themselves. Florida law offers protections in these situations, and it is important to know them and build your defense as soon as possible. The proven Orlando criminal defense attorneys at Joshi Law Firm have helped many others when self-defense is a legitimate and successful defense to criminal charges. To learn more, call our legal team at 407-661-1109, or complete our online case questionnaire today.

By Joshi Law Firm, PA | Posted on October 2, 2022
« What To Know About Probation And Violations Of Probation In Florida
What Is Contempt Of Court Under Florida Law? »