Theft Crimes And Defenses In The Orlando, Florida, Area 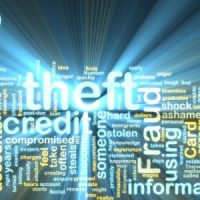 The Orlando area is a world-class vacation destination thanks to its theme parks, magnificent hotels, fine dining and wide array of shopping experiences for tourists. Orlando attracts millions of visitors to the area each year, to go along with over a million Orange County residents.

With such a large population and tourism base, unfortunately, the Orlando area can be a magnet for crime and theft. Orange County reports over 30,000 theft-related crimes each year, with over $100 million in stolen value of goods ranging from snatched purses to stolen vehicles.

These crimes affect everybody from weekend tourists to longtime business owners. Local law enforcement rightfully takes these crimes very seriously, and will aggressively pursue charges against those suspected of theft. Even with surveillance cameras seemingly on every corner, however, it is easy for mistakes to be made and for people to be incorrectly charged with a theft crime when something goes missing. If you or someone you know faces this situation, it is critical to consult an attorney with experience in this area that can review the facts and build your defense.

What a Prosecutor Must Show to Prove Theft in Florida

Florida’s laws on theft are addressed under Florida Statute 812.014, which sets out the guidelines and penalties for two types of theft: Petit Theft and Grand Theft. The distinctions are based primarily on the value of the property involved.

Petit Theft, under Florida law, is defined as the unlawful taking of property worth less than $750.

To prove the crime of Petit Theft under Florida Statute 812.014, the State must prove:

Because Florida’s theft statute requires specific intent, prosecutors must prove not only that a taking took place, but also that the defendant did so with the intent to steal and convert that property for another use.

If a case goes to trial, the prosecution may use video surveillance, receipts (or lack thereof), witness statements, and circumstantial evidence to try and put a defendant at the scene of the crime.

While a Petit Theft charge may seem less serious than most other criminal offenses, it should not be taken lightly. A Petit Theft conviction is considered a crime of dishonesty that can reflect poorly not only on your criminal record but on your personal reputation. In some cases, a petit conviction can lead to a loss of employment or create issues finding new employment.

The penalties for Petit Theft in Florida can include as much as six months to a year in jail, and fines of up to $1,000. This is not to mention potential court costs, probation fees, restitution for the allegedly stolen items, and other financial ramifications.

A skilled Orlando theft defense lawyer can review all evidence available, your individual circumstances, and craft a defense that may lead to a reduction or even dismissal of charges.

Grand Theft in Florida, generally, refers to unlawful takings of property worth $750.00 or more. In some instances, grand theft can be charged if the property was worth less than $750.00 but was part of a home robbery, or the property had some other type of value (such as a legal document or a street sign). Theft involving an elderly victim (age 65 or older) can also be charged as Grand Theft even if the property value is small. As with Petit Theft, the prosecution must prove:

The most notable distinction with Grand Theft is that it is charged as a felony, and can bring a prison term of up to 5 years. The penalties for Grand Theft in Florida can also include fines up to $5,000.00, restitution costs and other court fees, probation terms, and a permanent stain on your criminal record.

The defenses to a Grand Theft charge are similar to those available in a Petit Theft charge. The prosecution’s bears the burden of proof in these cases, and an experienced theft defense lawyer may be able to break down their evidence and find flaws in the case.

Call Joshi Law Firm, PA, if You Have Been Charged With Theft in the Orlando Area

If you have been charged with a crime, you must seek qualified legal counsel as soon as you can. The Orlando criminal attorneys at Joshi Law Firm, PA, are familiar with the tactics of law enforcement and prosecutors in these cases, and can help you build a defense that may preserve your record and reputation. Time is of the essence in theft cases – you need to know your rights from the beginning and fight to protect them.

By Joshi Law Firm, PA | Posted on April 4, 2022
« How To Expunge Or Seal Criminal Records In Florida
Criminal Defense For College Students – What To Consider If You Or A Family Member Has Been Charged »