What Is The “Williams Rule” In Florida Criminal Cases? 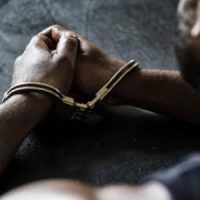 In a criminal trial, prosecutors are generally forbidden from introducing evidence about a defendant’s character, or acts they’ve done in the past that are not related to the crime in question. This keeps the trial focused on the evidence at hand and prevents the jury from building a biased and negative opinion of the defendant.

There are some exceptions to the general rule on character evidence, however. Most states, including Florida, permit evidence of “past acts” if evidence of some previous crime can demonstrate motive or intent of the defendant in the pending case. In Florida, this is known as the “Williams Rule”. The “Williams Rule” is based on the 1998 case of Williams vs. State of Florida, which held that relevant evidence of similar crimes may be admissible at jury trial when it is not used to demonstrate “bad character” or “criminal propensity” of the defendant.

If the facts of another case are instead used to show the defendant’s potential motive, intent, knowledge, or lack of mistake, they can be admitted under certain situations. In the Williams case, evidence about a defendant’s previous burglaries were used to support the State’s case that he had committed a new burglary. Under these types of limited circumstances, evidence about similar acts can come in under the Williams Rule.

The Williams Rule is also incorporated within Florida Statutes, Sec. 90.404. Under these rules, “similar fact evidence of other crimes, wrongs, or acts is admissible when relevant to prove a material fact in issue”, including but not limited to:

What does this all mean for defendants in a Florida criminal case? That if they had committed any prior acts similar to the one they are now accused of, prosecutors will try to have that evidence admitted under the Williams Rule. If proper objections aren’t made by the defense team, incriminating character evidence could cloud a jury’s perception of the defendant and make a guilty verdict more likely.

It is critical to have a criminal defense attorney that knows Florida’s rules of evidence – including all aspects of the Williams Rule – and knows how to keep potentially unfavorable evidence out of the case when possible. The criminal defense attorneys at Joshi Law have experience in prosecution as well as defense, and know what approaches a prosecutor will take to paint a negative picture of the defendant through information about past acts.

Contact the Orlando Criminal Defense Attorneys at Joshi Law Firm, PA, For Strong Representation on All Evidentiary Issues in Your Case

If you have any prior charges or convictions similar to a charge you currently face, prosecutors will try to use that as evidence against you. This is not always permitted, however, except through certain exceptions such as the Williams Rule. Our Orlando criminal lawyers at Joshi Law Firm will prepare a vigorous defense in your case, and that includes fighting hard on all evidentiary issues.

By Joshi Law Firm, PA | Posted on August 8, 2022
« What Is The Difference Between A No Contest Plea And A Guilty Plea In Florida?
When Can Police Enter My Home Or Apartment Without A Warrant? »