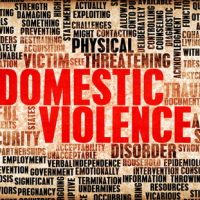 Domestic violence charges in Florida refer to a variety of violent, aggressive, or harassing conduct committed against current or former romantic partners, members of the defendant’s household (cohabitants), relatives, a co-parent, and others connected by family. Actions that could fall within the domestic violence category include:

All of these offenses are taken extremely seriously by Orlando area police and prosecutors, and rightfully so. As domestic violence gains more attention in Florida and nationwide, more victims have been encouraged to come out and share their stories.

What Are the Penalties for Domestic Violence in Florida?

A domestic violence conviction can follow a defendant for life, potentially affecting:

At a minimum, any person convicted of domestic violence in Florida who intentionally caused bodily harm to another person will serve at least five days in county jail. Depending on the circumstances, the court can impose a lengthy prison sentence, community service, counseling for drug, alcohol, or anger issues, probation, fines, and other penalties. The severity of the penalties will depend on several factors including the seriousness of the underlying offense and the defendant’s criminal history.

What to Do if You Face a Domestic Violence Charge

Even if you believe a domestic violence allegation is based on a misunderstanding or false accusation, law enforcement and prosecutors have jobs to do and can aggressively pursue charges on the offense.

Due to the complex nature of a domestic violence charge and the severe consequences of a conviction, your best course of action is to meet with an experienced Orlando-area domestic violence defense attorney. Our lawyers know the ins and outs of the charges you may face, and how to present the best possible defense. We may also be able to negotiate a lesser charge or even a dismissal, based on the circumstances of your case.

The Orlando domestic violence lawyers at the Joshi Law Firm, PA are ready to fight for you, your family, and your rights. Don’t hesitate to reach out to our office for further inquiry or if you would like to set up a consultation.

By Joshi Law Firm, PA | Posted on February 28, 2022
« Bail Reduction And Release In Florida – What To Do After An Arrest
Driving With A Suspended License In Florida – Penalties And Defenses »