Defending Against An Assault Charge 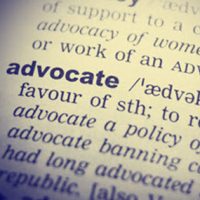 People commonly refer to “assault & battery” as if the terms are one and the same. Legally speaking, there is a critical distinction between the two. Battery requires an intentional touching or contact with the victim’s body—or something closely related to the victim’s body. This is relatively simple to prove or disprove. Either there was contact or there wasn’t.

Assault, however, does not require any contact whatsoever. If the perpetrator threatens violence towards the victim, has the apparent ability to carry out the threat, and the alleged victim has a reasonable fear that they will be harmed, then the alleged aggressor could be charged and potentially convicted of assault.

Legal Definition of Assault in Florida

The definition of assault under Florida Statute 784.011 is “an intentional, unlawful threat by word or act to do violence to the person of another, coupled with an apparent ability to do so, and doing some act which creates a well-founded fear in such other person that such violence is imminent.”

The standard for assault introduces a subjective element – perception of the victim that violence is imminent – that makes it easier for a prosecutor to bring charges and even secure a conviction against an alleged perpetrator. At the same time, you may stand accused of a crime that you don’t believe you committed. Don’t let your fate fall to your word against someone else’s. If you are charged with assault, you will need legal help to prepare a vigorous defense against the allegations.

Penalties for Assault in Florida

In Florida, simple assault is classified as a second degree misdemeanor, punishable by up to 60 days in jail, six months of probation, and a $500 fine, among other sanctions the Court may impose. However, penalties may vary based on the facts of your case.

An assault may be enhanced if the circumstances include a deadly weapon or if an assault is committed during the commission of another felony. Under these circumstances, your misdemeanor assault offense can be upgraded to a third degree felony, punishable by up to five years in prison, five years of probation, and a $5,000 fine, among other sanctions. If a firearm is used in the commission of an assault, Florida law imposes a three-year mandatory minimum sentence if convicted – even if you have no prior offenses.

Defenses to an Assault Charge

For all of these reasons, you must prepare the strongest defense available, and that starts with hiring an experienced and aggressive attorney on your behalf. At our office, we have fought for clients in many cases just like yours. We have experience identifying and presenting all available defenses to the charge, which may include:

Call Us Today to Discuss Your Case

At Joshi Law Firm, PA, we understand the stress you are going through because we’ve helped many people in your same situation. An assault charge can carry serious consequences, but we have the skills and resources to review your case thoroughly and protect your rights as best as possible. Contact our Orlando criminal lawyers by calling our office, completing our online case questionnaire, or chatting with one of our live 24/7 representatives today.

By Joshi Law Firm, PA | Posted on February 15, 2022
« Online Harassment And Cyberbullying Defense In Florida
Bail Reduction And Release In Florida – What To Do After An Arrest »